Get an exclusive FREE bracelet with every purchase! 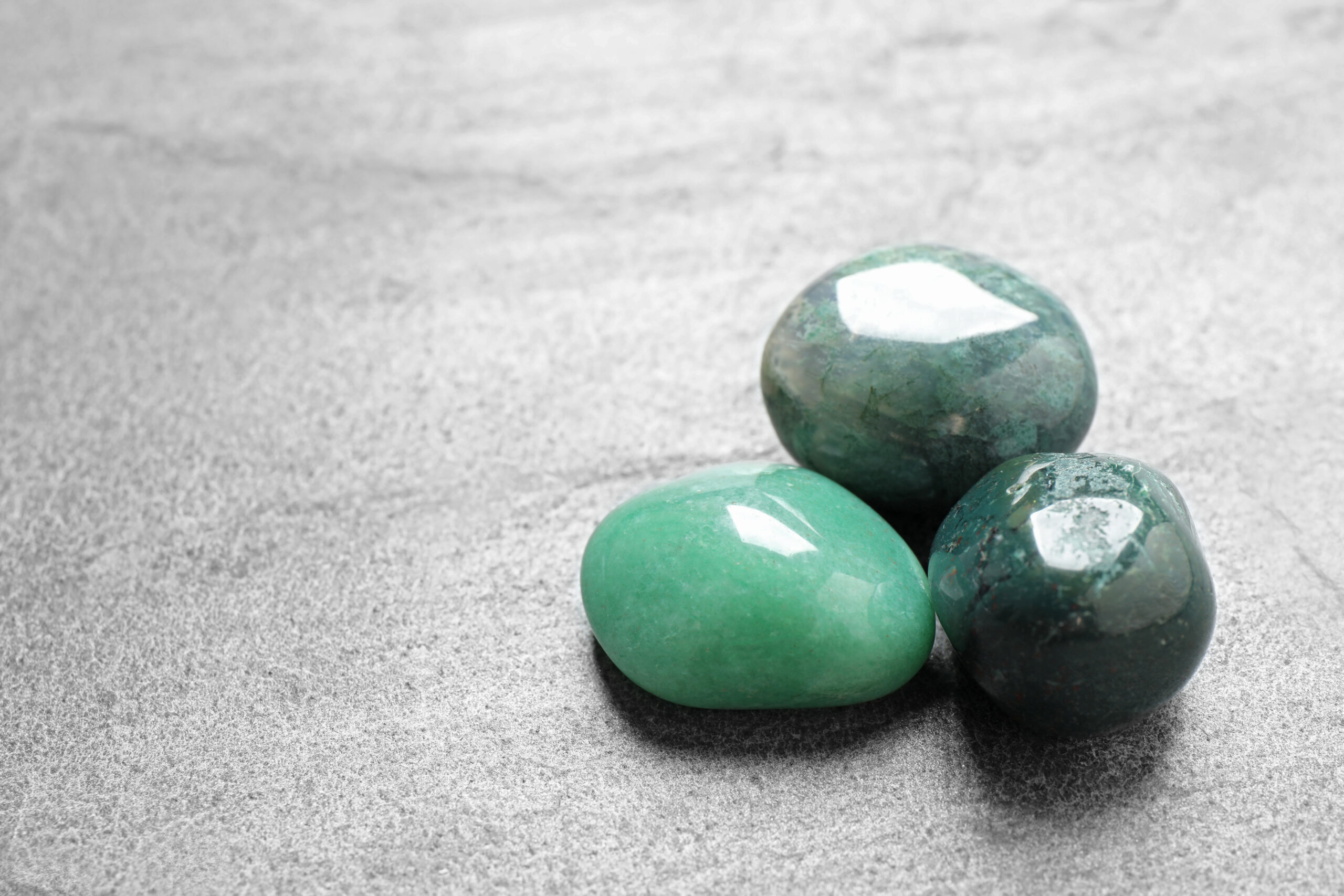 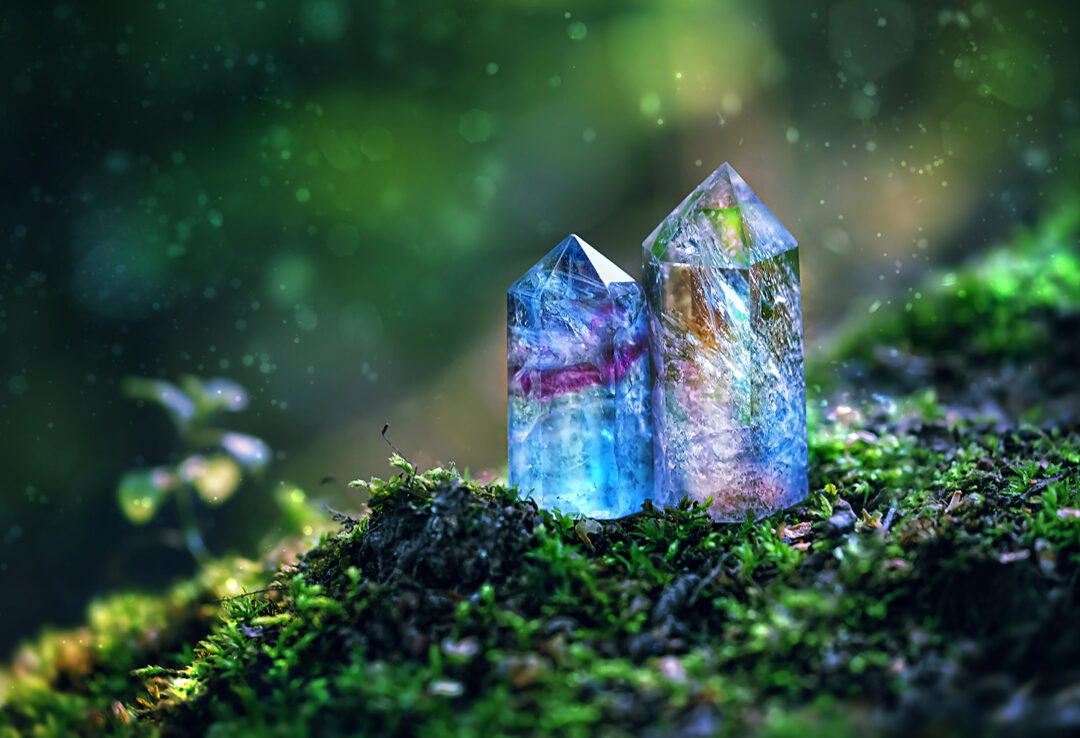 What are the birthstones for each month?

Wondering what are the birthstones for each month? Well, we all love the shiny gemstones that we wear as part of our jewelry. The radiant colors add quite a flair of elegance, whether they are in the form of rings, earrings, bracelets, or necklaces. But have you ever wondered why it is that several individuals wear gemstones that they go with their birth month? Why do so many people lay emphasis on wearing jewelry that holds the stone that is specific to their birth month?

Why is it that they say that birthstones hold significant power and can control emotions, feelings, your environment, and your own self? The answer to this lies in this article, and if you read on ahead, you will learn a lot about birthstones, the meaning behind them, and what the birthstones by month are.

Read on ahead for a good look into the birthstones that signify each month of the year, their colors, their traits, and to see which ones are the rarest of them all, and the most expensive. But first of all, we need to find out the origins of the birthstones, and understand their importance!

Over the years, there have been many interpretations as to where the birthstones concept originated from. Some claim that the idea arose from the 12 Israeli tribes, while others argue that it was Aaron’s breastplate from the Exodus book in the Bible that gave birth to the idea, as the breastplate had twelve gemstones that signified each month of the year and gave rise to the concept of there being a specific gemstone for each month, hence why they are called birthstones. There is another theory, one of the most common ones, which states that wearing your birthstone simply enhances its therapeutic characteristics and has a healing effect on the adorner.

As mentioned, birthstones are gemstones that are unique according to each month. To clarify, each birthstone has its own significance and meaning. Each one is just as important as the rest. In today’s world, just as people ask you about your horoscope, they are likely to ask you about your birthstone, and most will know the answer. Wearing the birthstone assigned to your birth month is believed to be a symbol of good fortune and heartiness.

What Are the Birthstones for Each Month?

The January birthstone is Garnet. A dark shade of red, this gemstone resembles pomegranate seeds and is quite striking.

February’s birthstone is the gorgeous amethyst. A beautiful shade of purple, this gemstone stands out in its own way.

Who doesn’t get lost when looking up at the clear, blue skies? Aquamarine is the March birthstone and has a striking resemblance to the blue skies.

All of us recognize diamonds. Most of us adore them. April babies rejoice! The April birthstone is none other than the diamond, one of the rarest gems you can find on this planet.

The color green reminds us of mother nature, and all the beauty she holds. Emerald is the May birthstone and has quite a likeness to the lush, green fields and forests.

The June birthstone is none other than the pearl. Swept from the oysters hidden deep in the oceans, pearls have been around for many years, decorating the hands, ears, and necks of females for generations, and passed down from mother to daughter.

Rubies are one of the most beautiful gemstones you will find. Certainly, July babies will be happy to know that ruby is the July birthstone. A bright red, rubies stand alone as a symbol of luxury and elegance and are beloved by many.

Peridots are gemstones that not many have heard about. And they are August’s birthstone. A lime green color, this gemstone will be quite the addition to your jewelry.

A beautiful, dark blue, the sapphire is September’s birthstone. Looking at the gem, you will feel like you have been transported to the ocean, with the waves crashing in the background.

Opals are known for their distinguishable color. A tint of different shades peeks through different sections of October’s birthstone: the opal.

Ever seen clear homemade sugar candy? That is what the topaz will remind you of. And this is November’s birthstone.

Tanzanite also belongs to the family of blue gemstones, and yet they are quite different from others. The December birthstone is tanzanite, and it will remind you of a fresh, cool breeze.

Now that we have introduced to you what are the birthstones for each month, let’s dig a little deeper into the meaning behind each one of them.

Garnet is the birthstone for the month of January. A dark shade of red, garnets signifies protection. Garnets get their name from ‘granatus’ which refers to the pomegranate seeds. Along with their appearance of emitting light (due to a high refractive index), they were carried by crusaders on their journeys to protect them from evil and provide light at night.

Amethyst is the birthstone for the month of February. Violet in color, amethyst signifies wisdom. Its history is said to trace back to Dionysus, the God of drunken merriment and wine. Dionysus had a moment of sobriety and made a wise decision due to the innocence of a young woman named Amethystos. Greeks started carrying the amethyst birthstone with them and would cover their drinking equipment with amethysts in an effort to not overindulge.

Aquamarine is March’s birthstone and is cyan or blue. This birthstone signifies serenity. Sailors would take this stone with them on voyages in order to get proper sleep during nights and to help keep them safe from bad food and poisoning. The stone is also said to infuse harmony into marriages.

Diamonds are April’s birthstone, and they signify strength. Their significance is due to their ability to be resistant to almost any form of damage.

May’s birthstone is the emerald. A dark shade of green, emeralds are said to be a symbol of hope. The beautiful color is a reminder of spring and the force of nature, as well as of the fact that bleak days don’t last forever.

The pearl is June’s birthstone, and it signifies purity and love. Pearls have been associated with pureness, modesty, love, and innocence for many years. According to the early Sanskrit text, the pearls also symbolized affluence and long life.

Rubies are well known for their shade of red, and it is of no surprise that birthstone symbolizes vitality. It is their similarity to blood, which signifies life and physical strength, which also brought about the connotation behind the name.

Peridot is August’s gemstone and is quite a remarkable lime-green or olive green color. Peridots signify beauty. One reason behind this is that the gemstone has the same color in both natural and artificial light. Its capacity to stay the same beautiful shade of green prompted the thought of beauty in the minds of people. In the modern world, peridots are given as a sign that the individual lights up a room wherever they go.

Sapphire is September’s birthstone and it signifies purity among other things. The color of the blue oceans, sapphires also stand for honesty, faithfulness, loyalty, and is also the color of royalty. Sapphire gemstones are also believed to ward off evil and protect from poisoning.

Opal is the birthstone for the month of October. The stone signifies healing and has the power to display a wide range of colors, including all of the colors from the rainbow. This lead to the stone being seen as a sign of good luck and healing.

Topaz is the symbol of love and is November’s birthstone. The stone can be uniquely found in a wide array of colors, including orange, yellow, red, blue, brown, violet, and pink. Topaz is said to bequeath the person who wears it with affection, intelligence, and strength.

Tanzanite is the birthstone for the month of December. It was named in honor of its country of origin. Tanzania. The stone is a deep shade of blue and often looks violet, making it one of its kind. In other words, Tanzanite symbolizes positivity, and along with its color, strength, and durability, has fast become a favorite in the world of jewelry.

Which months have multiple birthstones?

What are the most expensive and rarest birthstones?

By now, you know what are the birthstones for each month and maybe searching for shops you can purchase your birthstone from. The next question that would normally pop into your head is: ‘Which birthstone would be expensive?’ The answer to that, while not simple, can be narrowed down to four gemstones: the emerald, diamond, sapphire, and ruby. The cost of the gemstones actually depends on the Four Cs: Clarity, Color, Cut, and Carat.

Rubies, emeralds, and diamonds are some of the rarest birthstones that you will find amongst all of the gemstones. Rubies are relatively rare, and their value is much higher if they are exported before being cut off if they are recut. The more intense the color of emeralds, the more they are worth it.

Emeralds are rarer than diamonds, with some of the emeralds even being more expensive than diamonds themselves. Diamonds are also rare and expensive and have been growing in value day by day, with no signs of their value decreasing anytime soon.

To sum up, you are now also aware of the fact that rubies, emeralds, and diamonds are some of the rarest birthstones in existence, along with the gemstones that are the most expensive. Birthstones may have different origins, according to various religions, empires, or folklore, but all of them agree on at least one thing: their specificity to each month, and their characteristics that separate them and make them each unique in their own way.